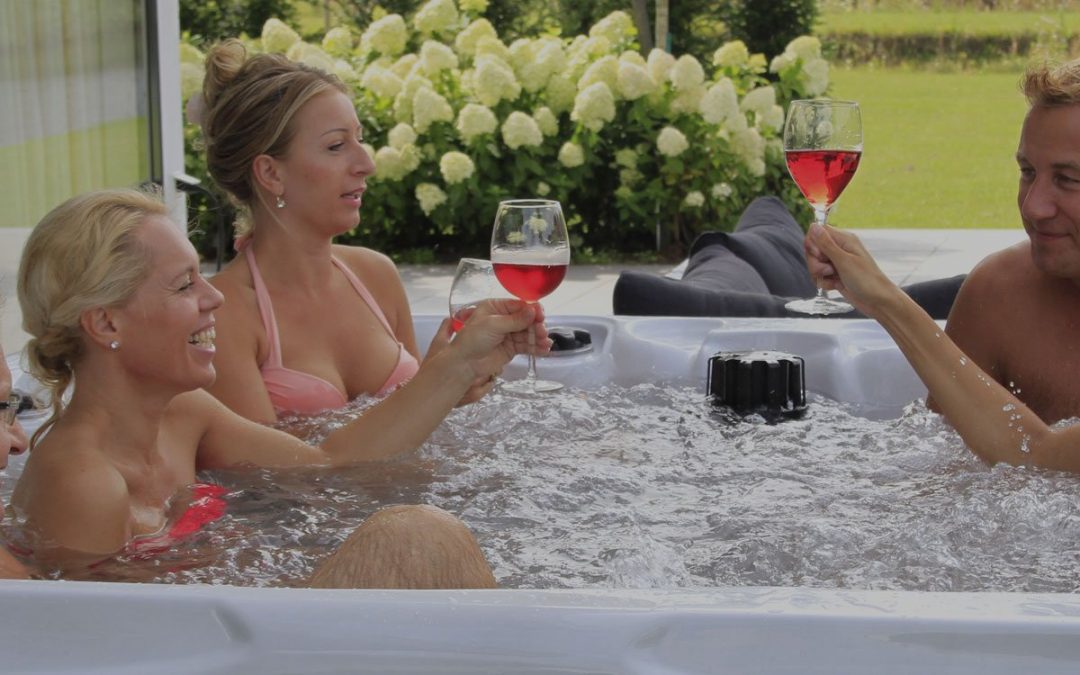 So you’re just thinking about getting a hot tub. If this is going to be your first experience in a hot tub you will have to make an important decision. Do you get a Soft Inflatable or a more permanent Hard Tub? If you already know what kind you want then great, this post probably isn’t for you but if you want some more information that read on. The difference between hard shell and soft hot tubs is night and day. Hopefully after reading this blog post, it will be clear to you which kind of hot tub you want.

Just to clarify when I’m talking about soft inflatable hot tubs I mean products like the Lazy spa hot tubs or an inflatable hot tub from the Intex brand. Basically anything that you have to inflate and fill with water, with an external pump and heater, like this Bestway Lazy Spa Miami below: 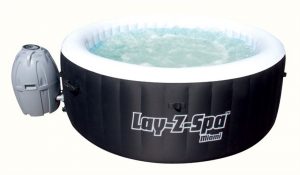 And similarly, when I’m talking about Hard Shell hot tubs. I mean a more permanent hot tub with a hard base plate, side panels, a hard shell with internal heater and pumps. Also I’m talking about a hard tub from a reputable brand such as Hot Springs or Passion Spas. Like our tub from the later, The Pleasure in the Signature Collection.

Right let’s start with the basics.

This is one of the big issues when it comes to deciding between inflatables vs hard shell. Now I’m not intentionally trying to push for hard shell tubs by saying that inflatables will burst within a month or two. In fact, inflatable hot tubs have improved a lot recently in the materials they use and how durable they actually are. This is because the manufacturers realise that inflatable tubs will get moved about. People are going to deflate them and move them to another location or put them away for the winter. And while it would be better if they carried them around, the truth is people drag them. This means that they are scraping across the ground and if they were made with flimsy materials they would split and puncture within a couple of months. Having said that, even if you do take care of your inflatable and look after it, you could still only be looking at 6-9 months of usage. That figure will most likely be reduced if you have a dog that likes to see what his owners are doing.

On the other hand with a hard shell tub, as all the materials used are solid you don’t have to worry about punctures. Also depending on the type of hard tub you get some are more pet friendly than others. For example, our hot tub The Joy (seen below) is made from one rotary moulded piece of strong Polyethylene. This hot tub and material is perfect for families with small children and pets as the shell can be sanded down if any major scratches occur and smaller scratches from everyday usage are less noticeable. Hard shell tubs are generally much more durable than their inflatable counterparts as they have a strong base plate and the frame is either made from metal or strong plastic. 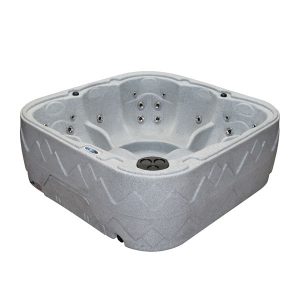 While buying a hot tub does depend on personal preference or cost, the way a hot tub looks also comes in to play. But one thing that is a top of everybody’s list is features. And by features I mean jets, lights, music, speakers, bluetooth, wifi…I could go on. These features are generally what you buy a hot tub for, or what you spend a little extra to get. And that’s where an inflatable hot tub just can’t compete. The most you will get with an inflatable hot tub is lights, air blowers and sometimes jets. Now that’s on the more pricey inflatables. Whereas with a hard shell hot tub, a lot of those features come as standard. You will find nearly all hard shell hard tubs come with a multiple array of lights, generally at least 20 massage jets and an air blower system. Now add those features to the fact that hard tubs will have much better filtration and heating systems, you have a hot tub that is technically much more advanced than an inflatable.

Another very important feature that hard tubs have over inflatables is that they can be used during the winter months when outside temperatures get just a few degrees above freezing. This is because the material they are made from has much better heat retention and is also insulated with either foam or insulation layers inside the tub. As mentioned earlier, hard tubs have a better heater that is also internal; this means that they can heat efficiently when it’s cold outside. All of this means that while people with an inflatable have to stay indoors or freeze their butt off outside. You can relax in your 40°c personal heaven hot tub. Not only that but you can stay relaxed for as long as you want to as a benefit of hard shell tubs (not including plug ‘n’ play models) is that they can heat while also running the jets. This means that you can continue to have 40°c water, even if it’s snowing outside.

So there are just some of the differences between hard shell and inflatable hot tubs. I want to make clear that we stock both types of hot tub and different scenarios call for different hot tubs. Having said that, we believe that hard shell hot tubs are the down right winner between the two. If you fancy one, shop our Hot Tub range today!!